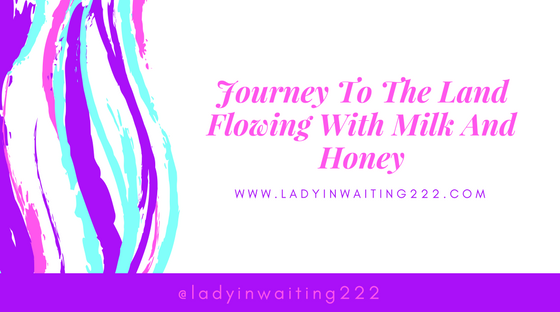 Perhaps when people hear or see the words Houston or Texas nowadays, that fellow named Harvey or hurricane probably comes to mind.

(Or maybe his face appears…lol)

Here we are, 6 weeks later, after this catastrophic hurricane barreled across parts of the Lone Star State with deadly winds and copious amounts of rain, leaving countless families homeless. As I have been reflecting on all that has happened thus far I’ve had some time to really sit down and gather thoughts on my own journey to Houston up to this point.

My hope is to share bits and pieces of my journey to the land flowing with milk and honey in the coming weeks. I want to hopefully provide some encouragement along the way as I share the many ways God has proven Himself faithful, even in the little things all the while stretching my faith beyond what I thought possible. He has a skillful way of writing a story like the Master Author He is and mine has been no different.

If you have been following this blog for any length of time, you have probably read the Got Faith series that kicked off this journey. (If you haven’t, I encourage you to do so. I pray it blesses you!)

I first heard these words, “I am bringing you into a land flowing with milk and honey” over 8 years ago, prior to my move from Atlanta to Maryland. (I hope to share the full story and more about that journey really soon in a book. Stay tuned!)

Therefore, it wasn’t unfamiliar to me when the Lord spoke it to me again, prior to my move to Houston and then confirmed it through several people. I recognize now that the promise spoken to me would not be for several years to come.

As is His way, many times the Lord gives us bits and pieces of a promise that somehow is connected to something greater He has called us to do. Yet, He often doesn’t tell us the how nor does He give a time frame.

Isn’t it funny how we hear something exciting e.g. you’re going to get a new car, a promotion, a big financial blessing and never consider the how nor do we bother to pay attention to what may have been said before or after?

For instance, if all you heard someone say was “I am getting ready to deposit $1 million into your account tomorrow,” you would probably get excited and start planning your dream vacation or retirement. (Well, I know I would!) 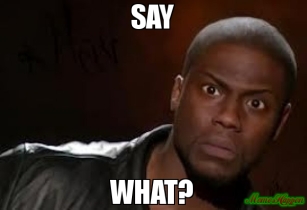 Yet, you totally missed what he/she said prior to hearing $1 million-that the exchange would  include the life of a loved one or you having to commit a crime. Yeah, I know, it sounds a bit farfetched, but if we are honest, sometimes we do that.

So it was when this promise was first spoken to me, except this time, 8 years later, I knew better because God had given me a different perspective.

Right before this promise was mentioned for the first time in Exodus 3:8, the Lord had described the harsh conditions of the Israelites. It was at the beginning of Moses’ call to bring the children of Israel out of slavery. God told Moses that He had seen the misery of His people in Egypt and He was aware and concerned about their suffering. He decided He would come down to rescue them from the land of the Egyptians (Exodus 3:7).

Such was the case for me almost 10 years ago. I was suffering from depression, unhealthy relationships, hopelessness, financial difficulty, a stressful job and lacking purpose when He told me where He was taking me.  Of course, this promise sounded like music to my ears. Yet, after my move to Maryland, the land seemed more like sour milk and vinegar. Stepping into what I naturally assumed was my land flowing with milk and honey, I, completely forgot that just like the Israelites, the Lord had to take me the roundabout way (Exodus 13:17-18), i.e. through the wilderness. 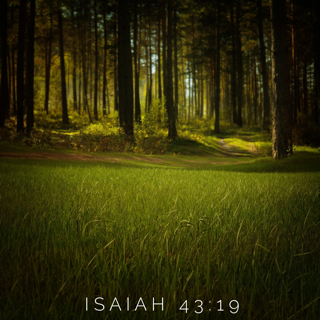 The wilderness was necessary for me, despite the fact that I didn’t know it at the time. (I really don’t even know why I thought I was exempt especially because Jesus was also led there). Although it was painful and extremely difficult at the time, it was through this journey that the Lord freed me from depression, strengthened my relationship with Him, delivered me from hopelessness, revealed my purpose and allowed me to find contentment in my season of singleness.

As the Lord began shifting my mindset, it became easier for me to relinquish the reins of control I thought I had over my life and give it to Him. It was also in this wilderness journey experience that I learned to depend on Him, trust Him more and wherever He would lead me.

I traded in my planning hat for a mustard seed faith hat and began yielding my life and ways over to Him.

So here I was, 8 years later, knowing that my season was shifting and my time in Maryland was up. I also knew that this time, the decision to move had to be a faith one. I was determined that it would not be based on mere logic, pros and cons or what made sense to me as was the case the last time I moved.

I specifically told the Lord that I did not want to make a decision based on what I had researched, analyzed or planned out.  If I was going to move, it had to be purely on faith.

You may be wondering, “Why Texas?”

I actually got that response from quite a few people.

Truthfully, aside from always being fascinated with the South (I went to school in Georgia and lived there for 10 years afterwards), the Lord had placed Texas in my heart 6 years prior, back in 2011.

After praying and fasting about my decision for several weeks, I still hadn’t really heard anything from the Lord…well until May 17, 2017, a few days after my fast was over.

He came through loud and clear.

I heard the same exact message 3 different times that day and by the end of the night, I was weeping and saying “Yes, Lord I hear you“.

The message, summed up in a nutshell, was this,

“Walk by faith and not by sight. Just take the first step Charlene.“

By the time I got to Bible study that night, as soon as my pastor opened his mouth, I was convinced that he had to be spying on me earlier that day during my devotional time.

Instantly, I knew exactly what the first step was, so 3 days later, I submitted my notice to my leasing office that I would not be renewing my lease.

There was only one problem.

I had no clue where I was moving or how I would pay for the move.

Check back next week for Part 2 of this series.

© LADY IN WAITING 222. UNAUTHORIZED USE AND/OR DUPLICATION OF THIS MATERIAL WITHOUT EXPRESS AND WRITTEN PERMISSION, FROM THIS BLOG’S AUTHOR AND/OR OWNER, IS STRICTLY PROHIBITED. EXCERPTS AND LINKS MAY BE USED, PROVIDED THAT FULL AND CLEAR CREDIT IS GIVEN TO LADY IN WAITING 222, HTTP://WWW.LADYINWAITING222.COM.

View all posts by ladyinwaiting222

7 thoughts on “The Road to Houston: Journey To The Land Flowing With Milk and Honey”